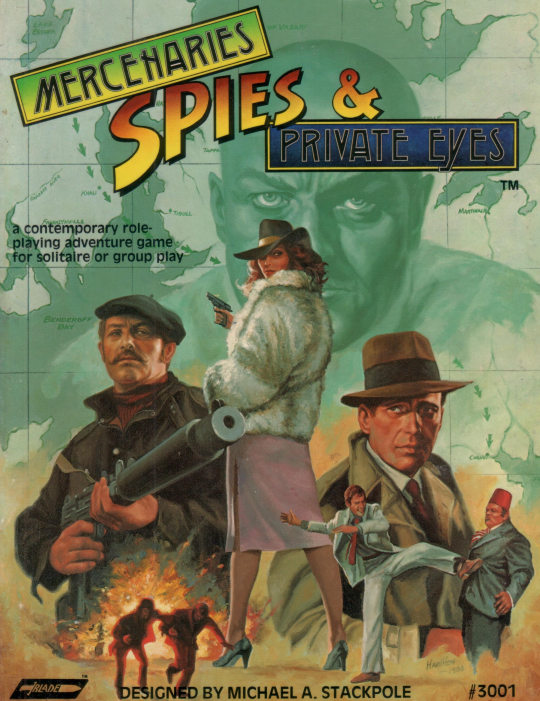 I’ve been diving into Mercenaries, Spies, & Private Eyes (book cover shown above) which sounded absolutely fantastic and I’m planning a couple of solo-play pulp adventures just to test it out.

Of course, beyond just readin’ books, I feel a deep creative attachment to the idea of gaming and enjoy creating my own games. I’ve been revisiting my basic rules for wargaming with plastic soldiers and preparing the system for a Version 2 upgrade.

(I talk about this with a lot of my clients, but if you look at life as a role-playing game, there’s practically a treasure trove of learning experiences hidden in that metaphor)

I missed 2 Second Lean when it was originally published, but this book is a new favorite for sure. Like many INTJs I feel an instinctive struggle when confronted with phrases like spark joy and can feel myself growing more sarcastic the more I think about it, but 2 Second Lean has proven to kind of a bridge to that mindset for me. I rearranged my workspace to reduce waste and the result clearly sparked joy, which I have to admit was an awesome feeling.

It’s also nearing March already and I’m still on the prowl for favorite paper-based day planners after abandoning that quest for some years. Currently I’m trying out the Blue Sky 2019 Weekly & Monthly Planner, which is a good compromise between order & flexibility for me.

After doing a 30-day trial, I placed an order for Softmaker Office because it makes desktop publishing exceptionally simple and works on my Linux systems. The one major thing that bugs me about LibreOffice is that the graphics and text positioning system is really weird. Softmaker Office absolutely blew my mind in comparison. (As always, I’m evaluating software based on my needs rather than others’ reviews and you should do the same. But no regrets here.)

I finally got sick last week (sore throat, sinus stuff) after going 10 months without any sickness. This is a new record for me. And I have an autoimmune condition, so I mean it’s been great. My current regimen follows:

In previous posts I talked about defeating depression and exhaustion with the help of inflammation-fighting medication such as ibuprofen. But in my later tests, I found that Ibuprofen was just doing what I wasn’t letting sleep do for me. With the extra sleep, I don’t need Ibuprofen and caffeine is optional. I’m much more productive and can take on larger problems.

If I could go back in time and “cure my depression” with one phrase, it would be: “Get so much more sleep than you think you need”. It’s really too reductive an exercise, but just to drive home what I’m learning. I instantly notice the negative effect of even 7.5 hours of sleep on my mindset.

I also wrote a dice-tables-based workout generator, which has been fun to use. I hope to release it soon!

I’ve passed around a beta version of an INTJ sub-types model to some friends and colleagues, in addition to emphasizing activities like dream integration.

The podcast—man I have so many ideas for this thing so it’s on hold for now until I figure out what is bugging me about it, remove that part, and put in the fun parts.

I started a framework on Death Preparation, including considerations like whether I want my body cryogenically frozen. I’m at least open to learning more about it. Maybe it sounds crazy, but after listening to a recent Geek’s Guide to the Galaxy podcast, I realized I hadn’t even been thinking about this kind of thing in an organized way at all. Scattered thoughts, sure. But dyin’s huge man! Why not put some thinking into it.

In the radio world, I got some great images from the recent ISS download session and applied for the “diploma” that is available to participants. This was a lot of fun and I got absolutely drenched standing outside and aiming a huge antenna at the horizon, while trying to explain to my surprised neighbor what a “space station” is. Funny.

Using my journaling template, I’ve also realized that one thing that can help turn a 9/10 day into a 10/10 day is the degree to which I’ve made choices for which I’ll be grateful tomorrow. For example, by keeping promises I made to myself and by attacking problems that I’ll wish I had attacked earlier.

That’s it for now!

< Previous: You Already Knew this Post was Coming  ·  Next: Regrets: A Planning and Energy-restoring Tool >