I have this theory (pet theory?) that INTJs can benefit from working a lot like cats. Sleep, rest, sleep, then BOOM the cat crazies hit: Move fast and break things.

Well, maybe that last part is a bit hyperbolic, and I’m less convinced about the fast moving & fast-breaking idea than I used to be. But personally I could tell there was more energy to capture, more of a flow to find, in my own sleep-activity cycle.

For this reason I’ve been experimenting with forced naps lately. Even after 8-10 hours sleep, I’m realizing that naps are still needed on some days, due to various effects, such as: Poor quality of sleep on some nights, heavier-than-normal workloads during the day, new and exhausting sets of problems to solve, etc.

What about just getting better night-time sleep?

Part of the problem is that sleep isn’t really a conscious-control process; in fact in a lot of ways it’s the opposite. It’s not like driving a car down the road and staying in a lane; in some ways it’s more like falling off a cliff and trying to make things as comfortable as possible. There are a lot of different things that can interrupt sleep or make it worse. For example:

I have a pretty good evening system for helping me deal with these problems in advance of my sleep, but it doesn’t always work well. I think a lot of that is due to the fact that it’s the evening, and in the evenings it’s even tougher to be a robot: I don’t want to be journaling or preparing or doing some directed activity. I want to be lazing around. So, I’ll swim with the tide, as one of my readers put it, and try to shift some of the burden back into the daytime.

Naps come with their own set of problems. One of the big ones for me is: Will I even be able to fall asleep? Sometimes my mind is racing a bit, or conditions aren’t right, or I think, “I could JUST dive into my work right now and solve all these problems, and then I won’t need to worry later…” and this is all pretty distracting.

Time for your napping pill, comrade

So recently I started experimenting with forced naps. On my first try, I took a melatonin tablet and waited about 25 minutes for it to kick in. Then I slept for 2 HOURS. Holy smokes. After I woke up I felt “better” but not really good. The drowsiness effect was way too powerful, plus I woke up in the middle of a sleep cycle, and then the drowsiness / weird head feelings took hours to wear off.

The next time I tried this (actually a week passed, because I forgot about this new idea!), I reduced the dose. I took half a melatonin tablet to force a nap. That was a definite improvement. I slept like a log for an hour or so, and woke up with way more problem-solving ability.

In fact, despite my negative emotional disposition toward a specific problem on that day, I found myself immediately diving in to work on it. That’s usually a good sign (even though the emotions are still important and need to be addressed). There was some lingering drowsiness, and it wasn’t easy to kick (I’d say it took about 4 hours to totally kick!) so for now I plan to compensate by taking naps earlier in the day when possible. I’ll also experiment with changes in sleep supplements.

But in general: I will be doing this again, no question. I’d like to aim for about 90 minutes per nap, so I’ll keep experimenting and see if I can get tighter control over the nap length.

And in case you’re interested, my favorite nap track so far is this one.

Slipping into Something Comfortable

Another thing I’m finding about relaxing so I can take a nap is that “things I already know about” are really good tools for getting comfortable mentally. Books I’ve already read, podcast episodes I’ve already listened to. I still enjoy them, but there’s less pressure to learn something. It’s a calming effect. Also, in my mind’s eye I like to explore favorite places from my past.

Well, results are promising so far. I’ll keep pushing along. 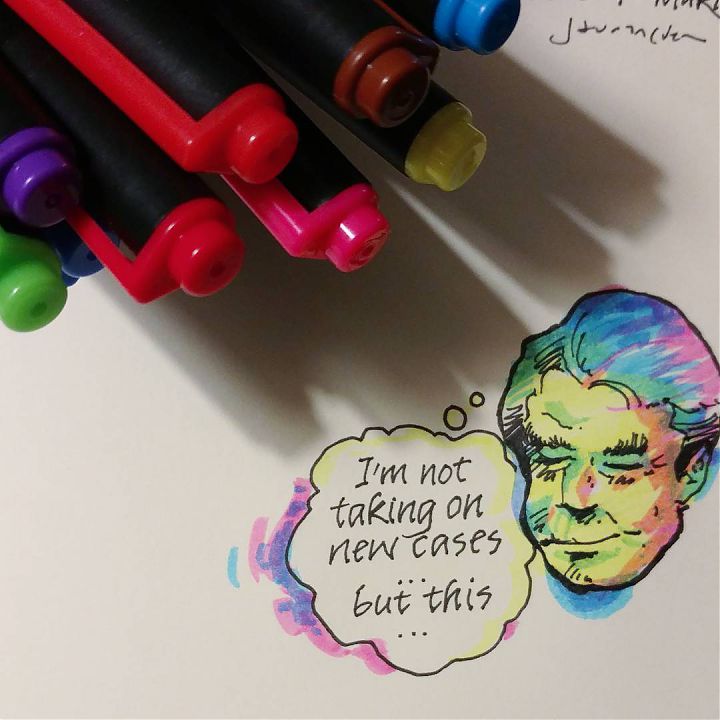