Recently, incurable check-out-these-Chronosonic-speakers aesthete and INTJ Canuck friend A. asked me my feelings on Alex Trebek, host of the American game show Jeopardy who recently shared with his audience his diagnosis of terminal cancer. I shared my feelings, to which A. replied that I should share them here…

So! Here are my feelings on Alex Trebek, as shared with A.:

Trebek, to me, has been a fixture. He’s in my head for good. How can you not like the guy, at a kind of archetypal level, right? However after really looking into his life, I’m pretty sure he’s an ISTJ-A. Which is like normcore to the normcorth power on the one hand, but also “how to succeed in business by being born into it” in a nutshell (with some exceptions of course—we are talking type here, not individuals) on the other hand.

If you look at his life through that lens, and simultaneously sort through the information available on his life, really actually study the guy, it becomes clear really fast that he’s never really had to stretch in ways that other, very impressive people have.

Like you, man [I’m referring to A. here]. You have had to pull some serious own-psychology strings just to make it through the day sometimes, and your flexible persona really shows that.

Everyone Else Can Just Be Like Trebek, for all Trebek Cares

Trebek though, has never, ever been where you’ve been. He hasn’t done that. I guarantee you that when he feels a prompt to flex, he pushes back or explodes or just leaves, or all three. His wife seems to be shouldering this burden, the eyes-out life-exploration side of his psychology, for him. She not only explores the unknown; she enjoys it! Maybe he notices that and appreciates it; maybe he doesn’t. I hope the latter, fear the former.

Trebek, well, he’s comparatively grounded. As in, literal ground: He’d rather be out gardening. Just like his psychological compatriot Richard Nixon would rather be mashing potatoes.

And unfortunately this psychology has yielded Trebek’s firmly-grounded, stoic, and tormentingly passionless approach to having cancer…it’s hard to watch, almost cringe-level.

“I have some news to share with you. I’m just like 50,000 other people in the US every year. Also, I’m going to keep working AND beat this.”

So no big deal guys!

A Lesson: How to Use the Wrong Psychological Tools for the Job

Well, good luck with that. Trebek could get out of that studio contract so easily at this point, but I think he’s scared that a lack of work will kill him. Or: He just doesn’t know, so he’s not going there. This has a lot to do with the “exploring the unknown” factor I mentioned above.

In that way I think he’s doing his fans yet another injustice. In that way Jeopardy has always been about trivia, never the applied-humanity sort of wisdom and reflection which results in knowing and un-knowing. Jeopardy is all about knowing, and never about un-knowing. If you wonder in Jeopardy, you are lost. In fact, you are probably going to get a derisive sneer! Seen in this context, those sneers are terribly sad. Stay with what is known. Don’t deviate. Wondering will get you nowhere.

Heck, while we’re at it, feeling will also get you nowhere. You want to see an ISTJ make an ENFP uncomfortable for being themselves—for feeling? There’s your video!

And that’s so huge here, that ENFP Ne/Fi missing piece, and we know it’s so important to humanity especially in times of suffering and pain, that I have to speculate that it’s a big part of the grand system of personality that is going to escort him to an early grave.

I grew up on Jeopardy, man. I love that show. My wife always tells me when it’s on a TV somewhere, like waving a Scooby snack at the dog himself. “Trebek!? Where?!”

But I wish I had more of a say in where this cancer track was going for him. It’s really unfortunate that his chiseled-af persona is basically already a psychological coffin, and fear of the unknown (like what would happen if my life changed somehow! gosh) is obvs a huge part of that for him.

Poor Trebek—well, rich Trebek in one way. But poor in another. You will always be a fixture, but you could have really lived.

Anyway, I’m grateful for Alex Trebek and what he’s given us all. It’s clearly the best he had to offer. That he left some crucial, amazing, life-changing tools on the table because they were simply off his radar is not 100% his fault.

It’s a damn shame though, that’s for sure. I wanted a guy like Trebek to have the best I knew was possible. 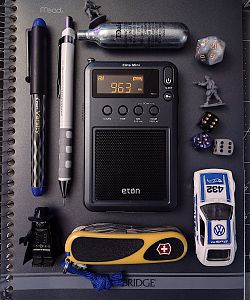