"Livingry" and Building Technological Leverage to Change the World

Buckminster Fuller’s works have always been a favorite of mine. Fuller coined the term “livingry,” when describing a high-leverage method “to make the world work for 100% of humanity, in the shortest possible time, through spontaneous cooperation without ecological offense or disadvantage of anyone.”

“This new family of artifacts leading to such comprehensive human success I identified as livingry in contradistinction to politics’ weaponry. I called it technologically reforming the environment instead of trying politically to reform the people.”

Personality type, and especially Jung’s cognitive functions, give us a much wider lens on the concept of “technology” than the common folk definition—much of which even today echoes the old idea of the useful arts. Technology, when analyzed and zoomed in upon, includes a wide range of even intangible products that may never see a physical manifestation. Foucault’s Technologies of the Self is one example of a lens on that portion of technology. Models like Foucault’s are helping humans construct a more nuanced (read: educated) view of what “technology” actually means.

In what might be called a “unified” cognitive function model, (thanks to Richard Owen for the wording advisement there) all humans continually gain leverage by the creation of technology. The seeds and keys to design are built into all of us. Of course, there are multiple differentiating angles on this, including:

We humans can be described as fractals of information metabolism and each of us, just like the various fractal orientations and perturbations of a given fractal set, seem to contain certain prominent fractal features that can be described as “the portion of our lives representing energy spent on the development of technology.”

At a high level, like any other portion of the fractal, this technological portion of the human fractal is concerned with the interplay of combinations of personal and social judgment (Fi, Fe, Ti, Te) with combinations of personal and shared or socially-bonded perception functions (Si, Se, Ni, Ne). But still, this technology-designing feature of our fractal existence has a form to it. That form is typically shaped by Ti in large part, but zoom in or out a bit and all of the other functions are seen operating at lower or higher frequencies with a different amplitude.

The more refined a technology becomes, the more it adapts from e.g. “mostly Se leading to Ti as I figure out a way to catch this greased pig” to a more balanced product of the refining process to which other functions contribute. It gains inputs and outputs for all of the functions, so to speak, or it finds its way into a chain of technologies with other levels of connection to specific human systems. If you have to catch a greased pig every day, perhaps you begin to develop a more nuanced method that could be said to leverage functions like Fi and Ni in order to build a more sustainable approach.

A good human technology, or we might say “good livingry” can withstand this kind of filling-out. The technology curve is at one level an “observation,” but at another level it’s a template, or a “suggestion”: Nurture human technology such that even “laggards” (what a poor word to use) find themselves adopting it, even if it was controversial in the past. Personality theories of relation and information metabolism, like Socionics and spin-off Cognietrics provide leverage which could possibly be adapted toward the enhancement of information flow and adoption regarding new technology. For example, Buckminster Fuller had a bit of a novelty problem—could a knowledge of the refinement and winnowing-down aspect of a function like Ni have helped him, or helped others around him to make more educated decisions that would allow for “primed adoption” of his new technologies?

When we compare the concept of technology to the concept of human nature (which, for the most part is stubborn and only seems to change over time given applications of technology), and add aspects of personality technology, I think that we, in a mindset similar to that of Buckminster Fuller, will reasonably conclude that:

- Technology is a key driver for human evolution
- It’s a built-in feature of the human system—“all are susceptible to its charms”
- Technology doesn’t need to be a physical product, or even software. Technology can even be a simple, mentally-held framework
- It becomes more effective the easier it is for humans of different backgrounds to adopt
- And for heaven’s sake, it doesn’t naturally result in Skynet except in some balanced-against-another-amazingly-good-technology form, as any human product would

Bringing this back to INTJs: As a group, we get a lot of positive, motivating energy from the development of technology. Pursuing technology with a nuanced, analytical view that allows for adaptation as a crucial aspect of adoption (fitting our product to humanity instead of forcing it), perhaps we really can help change the world.

< Previous: Locked-up Procrastination, Fear, and the Power of Intuition  ·  Next: Give Attention to Fi Daily for Best Results > 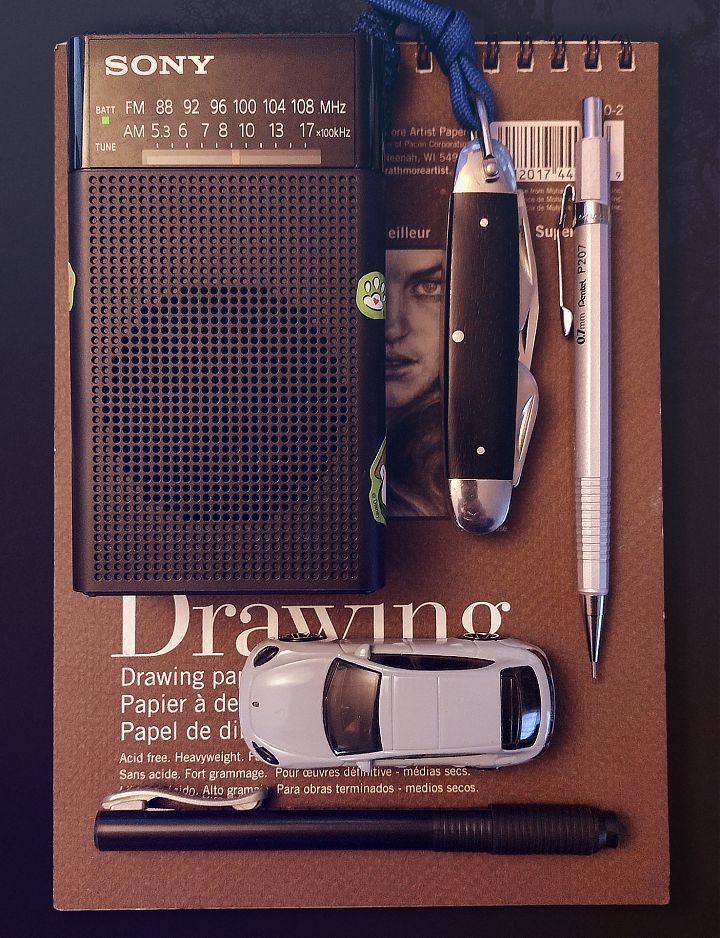