Feeling Pressure to Produce? Lower Your Personal Standards for Fun and Profit

Today I was reflecting on the way I used to feel a near-constant pressure to produce and create. That feeling has really diminished in recent years. It’s diminished so much that its absence is now a peaceful feeling that I absolutely love. And that is something I never thought would happen.

So many of my goals were based on this stuff I would make for others to read, or consume, or admire, and so on. If I did those things, I’d be great, special, and everything! Can you imagine? People would react in all sorts of great ways.

Part of this is down to my upbringing. There was a lot of pressure to do stuff. I was taught that a big part of life meant performing in this amazing show one would put on for others. And if I didn’t produce—well, I really had no backup plan. Somehow my internal math told me that I just had to do it, no excuses.

So when I wasn’t making progress, I didn’t feel happy, and I didn’t know what to do about it. Result: Depression, anxiety. And other depressing labels: I’m a “procrastinator,” and so on.

My INTJ dad was in this boat too—he’d stomp around the house late at night, tired, grumpy, frustrated with himself for not publishing one of his 10 to 20 work-in-progress books yet, and stress eating. And imagine the pressure if you get another idea for a book, on top of those! Phew.

If you wanted to get on my dad’s bad side, you’d ask something like, “how’s that book coming?” I don’t think even a good friend could ask him that more than a few times before receiving a withering and deeply emotional reply.

But I also hear about this pressure from other INTJs, all the time. So I thought I’d write about a few things I’ve learned along the way to a more comfortable “production zone”. Here are three big points:

First, I’ve learned that my comfort is super important to me. I never really thought about it much before. but I found that I’m really good at pressuring myself to leave my own comfort zone! And I was tired of being depressed, tired, and grumpy. I started to take better care of myself and just enjoy things more. That made me a lot more comfortable.

Second, I realized that production, publishing, and making things made me uncomfortable. Don’t want to be uncomfortable? Want to be more comfortable in life? Then plan to do less! Think more, do less, make less. (I hope you can see how this plays to INTJ strengths, in part.) Instead of writing for others, I would just write down my thoughts. For me. No one needed to see them.

Third, after these two things made me feel more comfortable than I was before, I no longer placed “production” on a pedestal. So I was comfortable—did I really need it at all? It made me wonder. New writing projects, even if relatively polished, were now just for my pleasure. If others wanted to criticize, that’s fine: Production is hard. And it makes me less comfortable. So no big deal if I don’t produce something.

(Let me just add that I completely understand if this rubs you the wrong way. I don’t know if I could have convinced myself of this, 20 years ago, as a new entrant into the workforce. Visualize something amazing, try hard, produce, repeat. That was my plan. No one ever told me though, that it might not ever feel like it was enough, and that it could leave me with a crippling feeling of near-constant discomfort.)

But I think that third point is what helped me come out the other side of this as a more productive person. I went easier on myself. I developed fewer big, huge, gigantic production ideas, but ended up producing lots of little ones. Once a little one is out there, maybe it grows up into a big one! Who knows.

Regarding the little, fun projects: It’s amazing how those little works really add up in terms of quantity, as well. Ironically, I produce more work now than I ever did. The amount of content on this blog since 2015 easily displaces the content of every blog I’ve ever created since 2001, and every article I’ve ever published online, combined.

And this isn’t even the only place I’m writing—In addition to writing online, there’s journaling, planning, and framework-building to consider. In this work my digital notes have grown to fill thousands of text files.

Then there’s paper. In the last few years I’ve filled something like 20-25 notebooks. That’s at least a few thousand pages, probably more. Prior to that I think I filled up about one notebook per year, and a lot of that was hesitant, precious paper-saving, fantasizing over what I could write and how great it could be.

I used to buy really expensive notebooks. I had my name engraved on one of them, and never filled more than a page or two. I could probably fill it up in a couple of months now.

Nowadays, I don’t exactly buy super cheap notebooks, because I’ve had some of them fall apart on me, but I don’t really feel the need to buy anything expensive, either. I’m way more likely to reach for a Bic ballpoint than one of my fountain pens.

All of this because I realized I was uncomfortable, decided I wanted to be more comfortable, and stopped caring so much about things that got in the way of my comfort.

It wasn’t a fake-out, or a lie I was telling myself. It wasn’t present-me trying to trick future-me into producing more. It was, very seriously: “F*** that.” 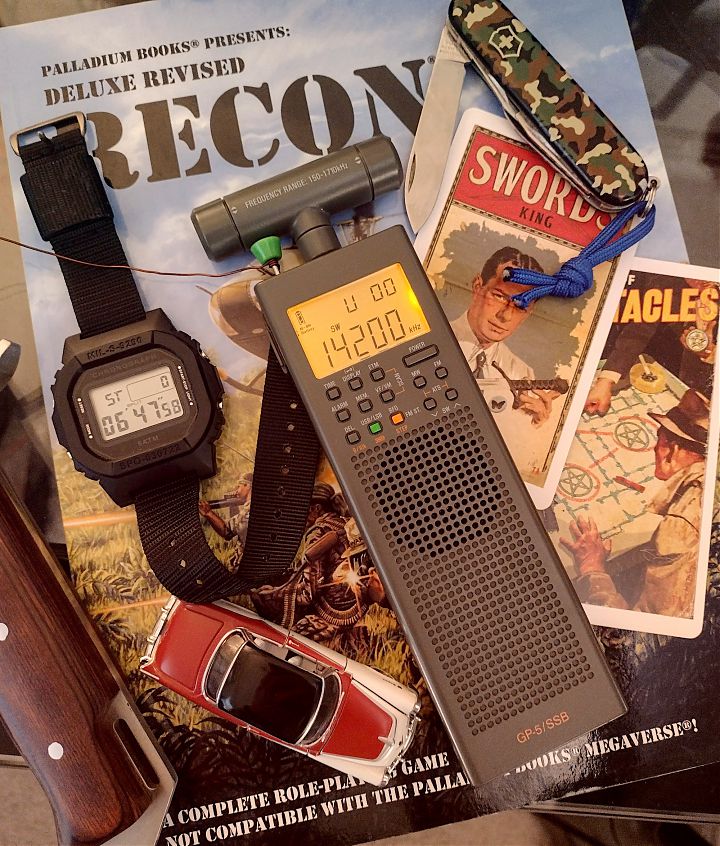