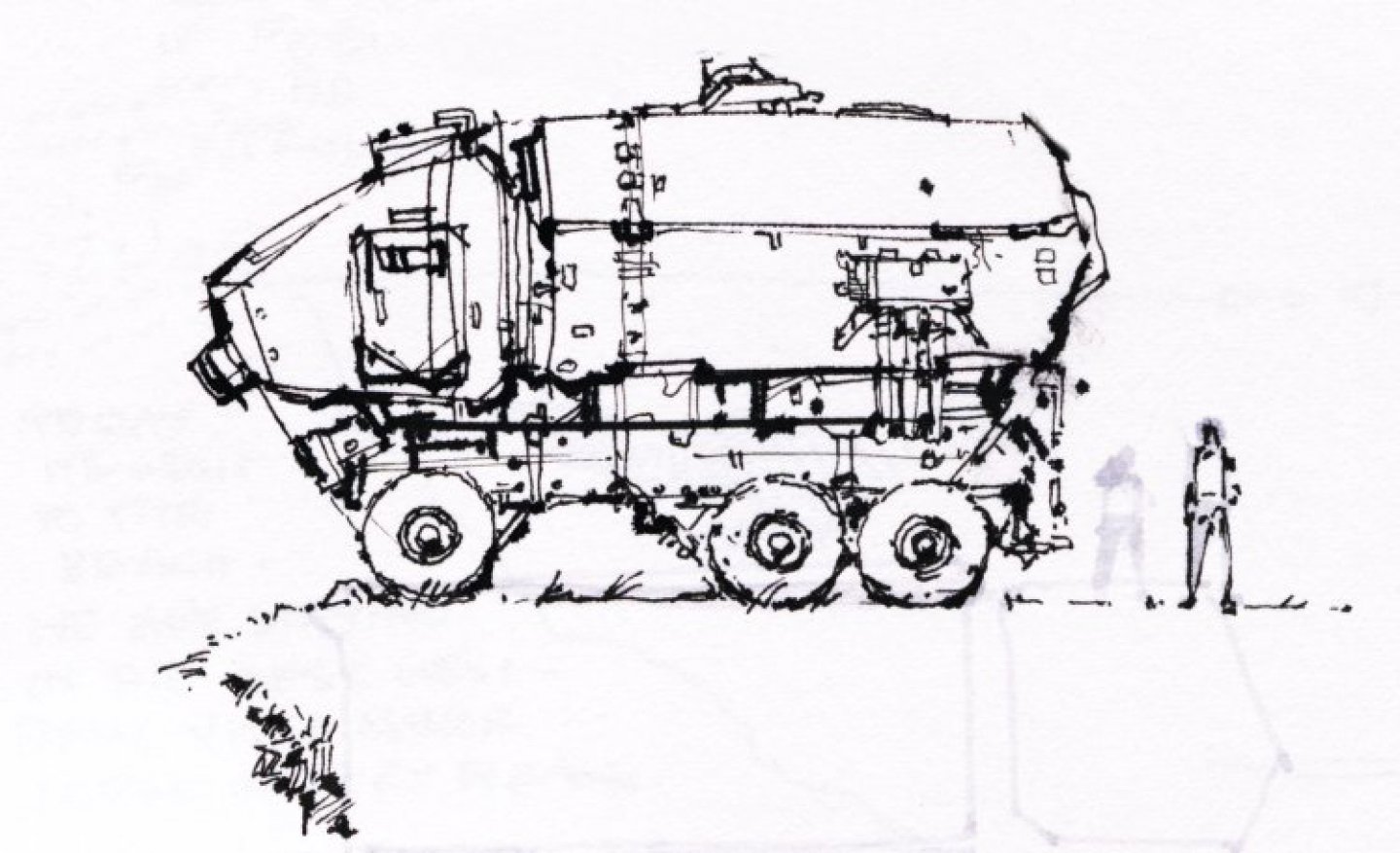 When the chassis becomes a Multipurpose Load-bearing Exploration Applications Platform (MLEAP, completely made up for this example to fit the drawing above, from my sketchbook), somehow it becomes really cool.

On the one hand, it’s cool in a very juvenile sense of exposing hyperbole in its raw function and clear application.

On the other hand, it’s mundane and direct in its functionality. It is probably part of a family of tools that fit a purpose that was codified and passed along for approval. It is what it is. But it does tell a very clear story of dreams, of seeing through a glass darkly, but still seeing through it. There is a dream, and the dream is actually not completely out of reach. Also, the dream may seem vain and ephemeral, but the dream applied does things for people. To some, it tells us about ourselves.

So I haven’t let go of my appreciation for the platform. It’s not just there to be functional. It is a symbol, a story in the making.

What I have let go of is a number of platforms that I once appreciated, but now find a bit lacking in direction and refinement as they struggle to stay relevant. These platforms seem locked between rapid change and the archive of history. Instead of retiring gracefully, they seem to become converts to the plastic surgery of brute force adaptation. The change that promises to turn traditional values on their heads and surprise everyone. I have my own opinions in this matter after observing a few prominent platforms, and my opinions revolve around the idea of refinement and adherence to values.

We are surrounded by so many platforms today; not merely physical platforms but virtual platforms. These platforms expose values and values expose a philosophy. And as easy as it is to view philosophies as mutually-exclusive idea platforms, they are not. The multipurpose platform of the mind is a beautiful, changing thing.

By Marc Carson, Monday April 9, 2012.
Filed under: Sketchwork, Prior Art

« Previous: When I meet with my…
Next: My failed career in… »