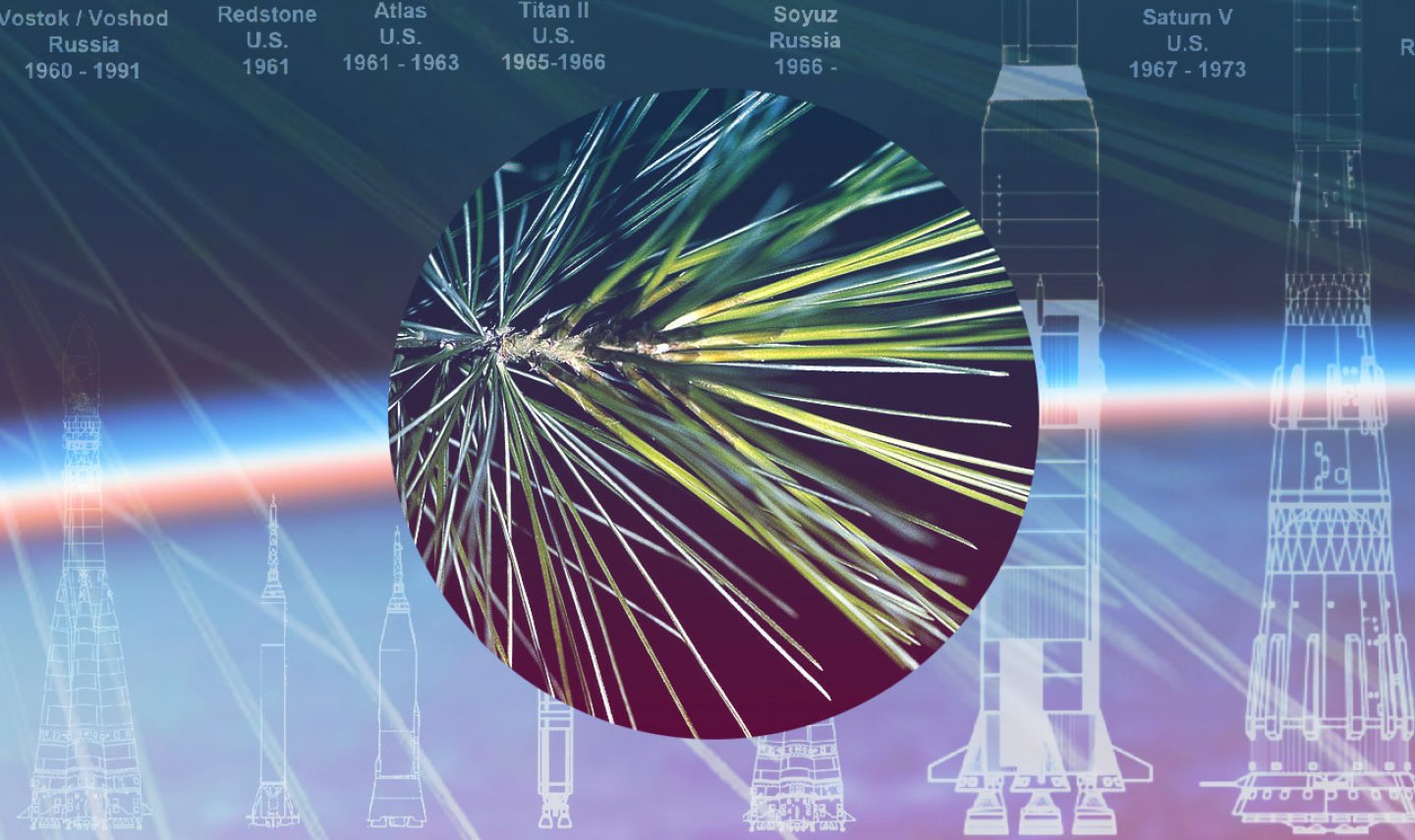 [Continued from Part One]

A coarse moan could be heard from somewhere below as the orbital station began to shake apart.

“That’s just the sample transport skids undocking without any equalization. The pressure differential can be pretty violent. They want to eject as much useful material as they can before they incinerate us.” Chany started to look around the lab, her lips tightening. “Ian, we still have ten or fifteen minutes. And somewhere in here there’s an old Playful box for emergency use.”

The words “Playful box” confused Ian. A Playful Kit, provided to the station gratis by the Playful Uniq Corporation, was just a glorified entertainment unit with limited entertainment communications capabilities—short range, nothing useful in this situation. “Chany, what are we gonna do with that?”

“Call for help on emergency channels. Come on Ian, let’s try it.”

Of course, Ian thought. The Playful Kit had to be certified for use in space, and one of the quirks of it being a certified space communications device—no matter how limited—was that it had to provide means for emergency burst communications.

Chany lifted a small metal box from under a utility bench. “Here it is. And…it won’t take my access pass. Earth station probably cut off my access on purpose. Ian, can you handle this, please—”

Chany froze. She straightened up and turned to face a porthole.

She must feel the end coming, Ian thought. Chany had been much more attentive during training. She must have remembered exactly how the protocol for self-destruction would work. Had that much time passed since the alarm began? Ian instinctively stiffened as a few last thoughts ran their course through his mind.

“I wish I would have been closer to Chany. I wish I could have just held her tight for this moment. We could have hugged and things would have ended OK. I mean, I like Chany.”

It seemed to focus its energy on one ear in particular.

Then the sound cut out again.

“Oh, I’m not dead yet,” Ian thought. “I’m receiving a message.” He tapped the padded surface behind his ear a few times. Stupid hardware key.

"...result of disagreements between two cultures that have not been able to get along after first contact. They ceded--oh, hello, Ian, I see your reception is intermittent. I'm just trying to explain what's going on--"

Ian recognized the voice. It was Mezdt Ormos, President of the United States Environmental Sustainability Corporation. Chairman of the board of the non-profit that sent Ian to space. But something else was strange. Ian wanted to hear more of this voice, and he, like Chany, turned himself toward the porthole.

“Perhaps that way I can feel closer to Mezdt,” Ian thought. “Why do I feel like I want to pay attention to Mezdt?” Something was making him really interested in paying attention to Mezdt, and any resistance within him surrendered quickly.

"There we go. Thank you for your attention. I'm really sorry about this situation, Ian. And needing to forcefully rope in your consciousness like this. I was just telling Chany that she was accidentally delivered a sample that would just cast a terrible pall over this...this tremendous series of breakthroughs we've had recently. Resource gathering has absolutely been huge for us this year. But as you probably also realize, the breakthrough is simply that we've begun collecting those resources from another earth. This hasn't been a free ride! Nothing in life is free. And it's important that you understand this: We decided to mine Ceassa 81 only after our discussions with their senior government leadership broke down. We understand that were able to evacuate some of--"

As the message cut out, Ian felt his muscles tense up again. He no longer felt the urge to look out the porthole. In its place, the fear of death came flooding back. Mezdt had temporarily seized control of Ian’s attentive brain through the hardware key behind Ian’s ear, but he didn’t count on Ian’s device being broken.

“Mezdt is trying to mess with our consciousness. I’m going to work on the Playful box as much as I can. Chany?”

But Chany was still locked up. “So,” Ian thought, “the message contains some sort of soothing mechanism. It soothes us right up until Chany dies. Until we both die. My hardware key is absolute junk, so I’m functional again for now.”

Ian took the Playful Kit out of Chany’s hands and tried his access passcode. There was no complaint—login successful. Well, the guys at Earth station thought of almost everything.

"LIFE FORMS LEFT on what will be the future territory of--"

Mezdt was back on. Like a well-trained dog, Ian begin to spin around. Where was that porthole again?

"--the people of the Earth, and rightfully so! They have other, healthier options than to hog all of these resources for their own--"

The sound cut out again. Ian was getting very annoyed at the disruption.

“Crap! Stupid freaking porthole. Forget the porthole, brain. OK, the Playful is presenting me with a bunch of options. What did Chany say? Call for help on a emergency channels?”

“Call for help on emergency channels.” The thought became more clear in his mind, and the Playful lit up, emitting an understanding tone.

“Now connected to public access. Please note that all emergency services have been temporarily disabled for this channel.”

“Then exactly what is this channel for?” Ian said to himself. The Playful box recognized his voice and responded.

“The Public Access Channel is available in broadcast-only mode, for immediate streaming to interested citizens. Please note that this channel is opt-in only and is not monitored.”

Ian laughed. “Are you kidding me? That’s all you’ve got? I watch that channel all the time! It’s completely full of desperate people trying to get their ridiculous messages across…”

The self-destruct alarm inside the station changed its frequency to something that sounded quite a bit more urgent.

With a slight tremble in his voice, Ian continued addressing the Playful box.

At that moment, a tremendous burst of sound almost knocked him over.

"ADVENTUROUS AS WE USED TO BE, BUT WE still have our own needs, and that's--ah, welcome back, Ian. Sorry about everything. I was just telling Chany that the whole point of all this is to just say I'm sorry. You guys don't deserve to take the fall for all of this, but we're not ready for the general public to know about our excursions, our battles--heck, our wars, on these different planets, in these different systems. And as a matter of fact--"

Ian looked at the Playful box, broadcasting merrily away. Mezdt’s voice was being broadcast to Ian’s headset from the Playful box now, with quite a bit more oomph due to its close proximity.

Mezdt’s voice died off as he, too, apparently recognized that his signal was going somewhere other than where he expected it to go. Ian heard some words spoken in the background. Quiet words, then aggressive, muffled shouts. Then another voice came on. Chany’s interest in looking out the porthole faded, and she turned and looked at Ian, confused. Another voice began to speak, this time a woman’s voice.

"Ian? Chany? Oh wow, guys. I am so, so sorry. This is Carolyn Silasz, Executive Director. Mezdt was just carried out by security. Ian? Can you stop the broadcast now? I think the destruct mechanism has been canceled. You guys should be back under your own volition now, too. We just turned off the synaptic depressant. Gosh, we are so sorry about this. Can you stop the broadcast and then we can all talk?"

Ian had closed his eyes in relief at this last-minute turn of events, and now he felt Chany embracing him.

“Keep talking, Carolyn,” Ian said. “We’re going to let the broadcast go for a while. Tell us more about how you’ve been mass-mining an inhabited planet from orbit with industrial weaponry. And do explain how you’ve kept it hidden so well. I’m going to go get a cheeseburger.”