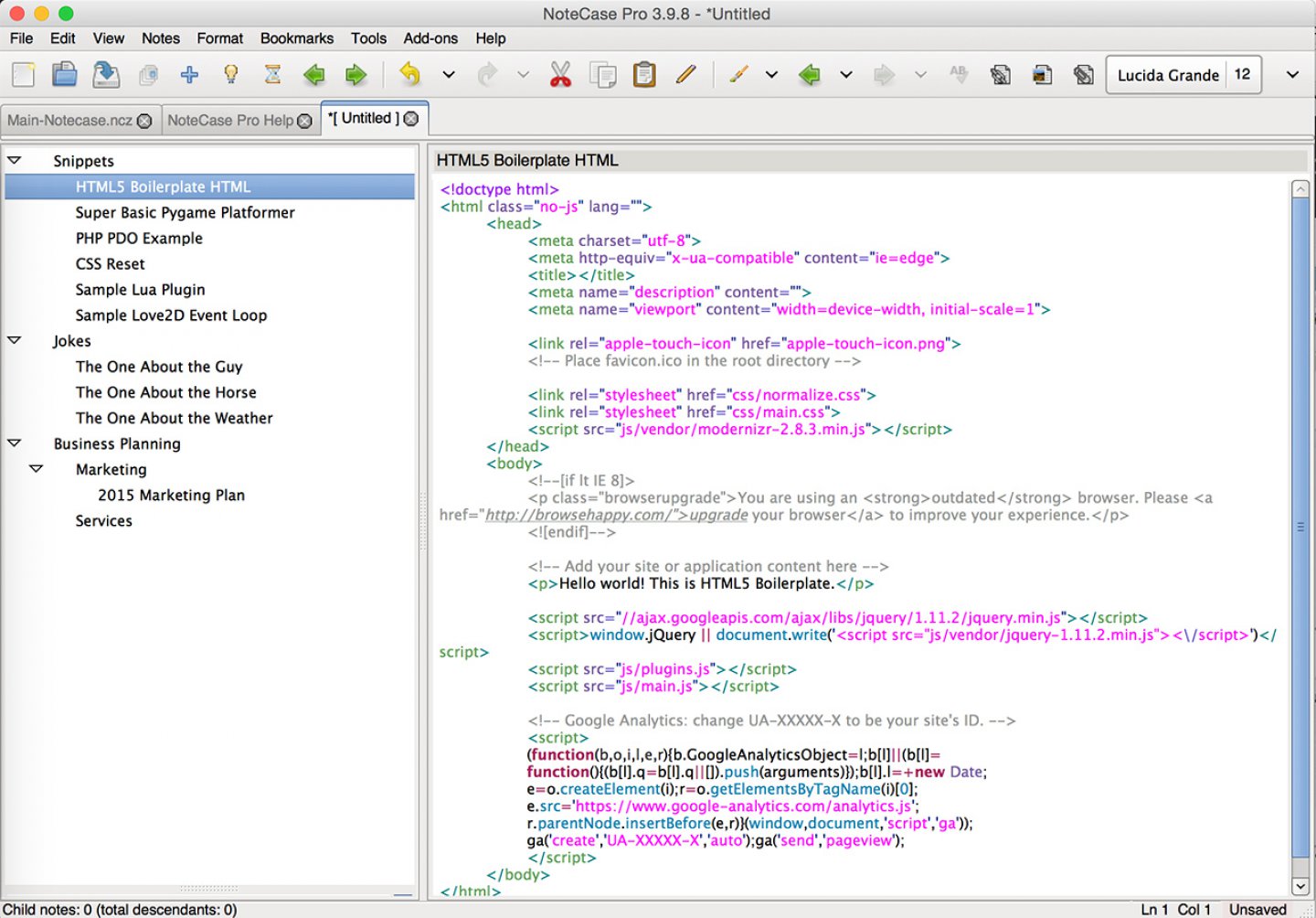 Notecase Pro is a cross-platform application for keeping hierarchical notes. It stores the notes in an SQLite database, and exports to a variety of formats. The software supports note tagging, in addition to the normal hierarchical layout. The full list of features can be found at the Notecase Pro website. There is also a community forum that is semi-active.

Finally, I gave up and installed NValt on my Mac. I found it when I started using Macs again, and I used it for a few years but I was really, really missing the hierarchy as well as some other features I had in Zim. All of my notes felt kind of disorganized, but at least I had a search feature.

I started taking more notes on my desktop Linux machine just because it had Zim installed, which for all its inconvenience (it’s in my office, not with me as much as my laptop) felt like a big improvement.

Finally I decided to search until I found something that would work on my Mac. After many Google searches, I finally found Notecase Pro via an ancient review on some Linux magazine website. I feel like I was very lucky to find it.

The Notecase Pro website doesn’t seem to come up in Google results when you search for “Mac hierarchical notes” or similar terms. In fact, from a search engine optimization perspective, the Notecase Pro website is very poor. The title tags do not change from page to page, the page titles are placed in h4 elements in the body text itself rather than h1 elements, there are not cross-linked individual pages that highlight important features like hierarchical note taking, and many different types of topics are discussed on longer individual pages.

In addition, while the software comes with a very impressive community-updated Help notebook, there is no similar section on the website, nor is there a blog that discusses the latest additions to the software in layman’s terms and shows how they might be beneficial.

While I don’t expect software authors to be SEO professionals, I’m mentioning this factor in the review in case others want to keep that in mind for marketing their own software. To keep your website ranked well on search engines, it’s a good idea to actively post helpful information there on an ongoing basis and avoid the appearance of a bare-bones brochureware website.

Getting Your Questions Out of the Way

But hierarchy sucks? What if you don’t want to organize? Tags are available. Search is available. You can still be very, err…floaty, if you want.
But it uses old GTK widgets? The widgets still work just fine. Even scrolling on a Mac worked the way I expected.
But it’s ugly? I don’t think I’d call it ugly. Outdated in style is more like it.
But it’s non-retina? I don’t even notice on my retina screen. When I go out of my way to notice it, I notice it.
But it doesn’t save to text files? It saves to an SQLite database, which is still pretty cool. You can export to text files, too. Sure, I can’t grep around my notes from the command line, but that’s not on my a requirements list right now.
But it’s not markdown-based? I go into this below.
But it’s not Evernote? I’m one of those people to whom the Evernote ecosystem seems more like a big blob of cool things tied up with unnecessary stuff, like using Microsoft Word to keep a to-do list. It’s definitely capable!

Pros, as I See Them

Cons, as I See Them

What license did I purchase? One full major version, all platforms. The price at the time was (and maybe still is) $28 USD. A variety of licenses are available, and this one seemed like a good way to evaluate the product to me, since I use multiple platforms, and a new major version is released about every couple of years.

Was it worth it? Oh definitely. This was not a whimsical “hey, that one looks cool” App Store purchase. So my feeling right now is not that same post-app-purchase ambivalence I’ve experienced in the past. It’s actually pretty close to complete satisfaction at having found a solution to a problem that’s been going on for a few years now.

The fact that NoteCase Pro handles code snippets so well was the icing on the cake for me. In addition, the software seems to be more robust than I was expecting. It hasn’t choked on anything I’ve asked it to do, which is not always the case with note-taking software.

While it may not look as cool as the other note-takers on the market, I can highly recommend NoteCase Pro as a hierarchical notes app. It has a ton of great features and supports code snippets in addition to regular multimedia-style notes. If you give it a try, let me know what you think. An almost fully functional trial version is available via the software website. 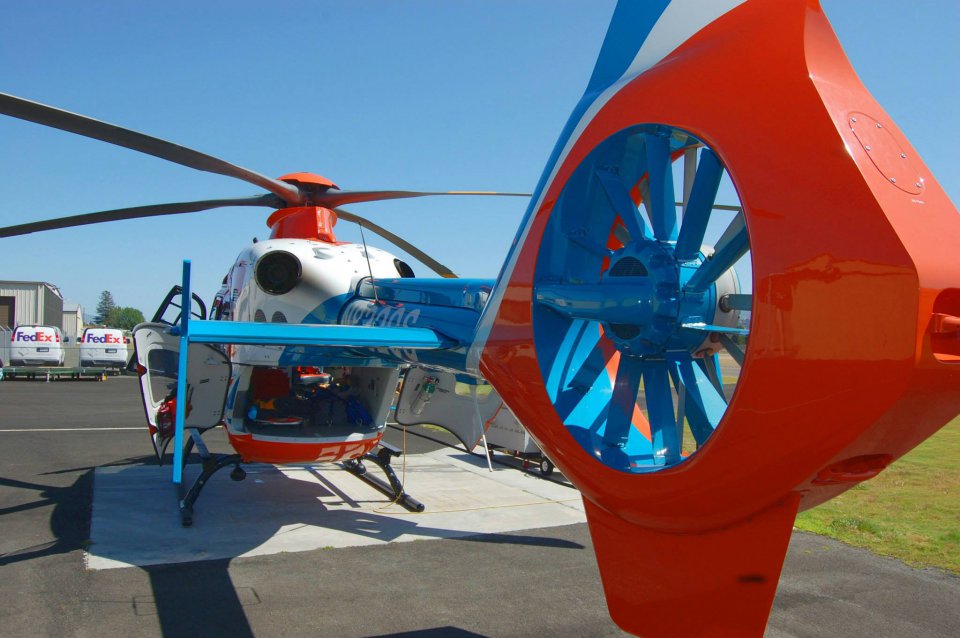