Installing and Using the Seed7 Programming Language in Ubuntu 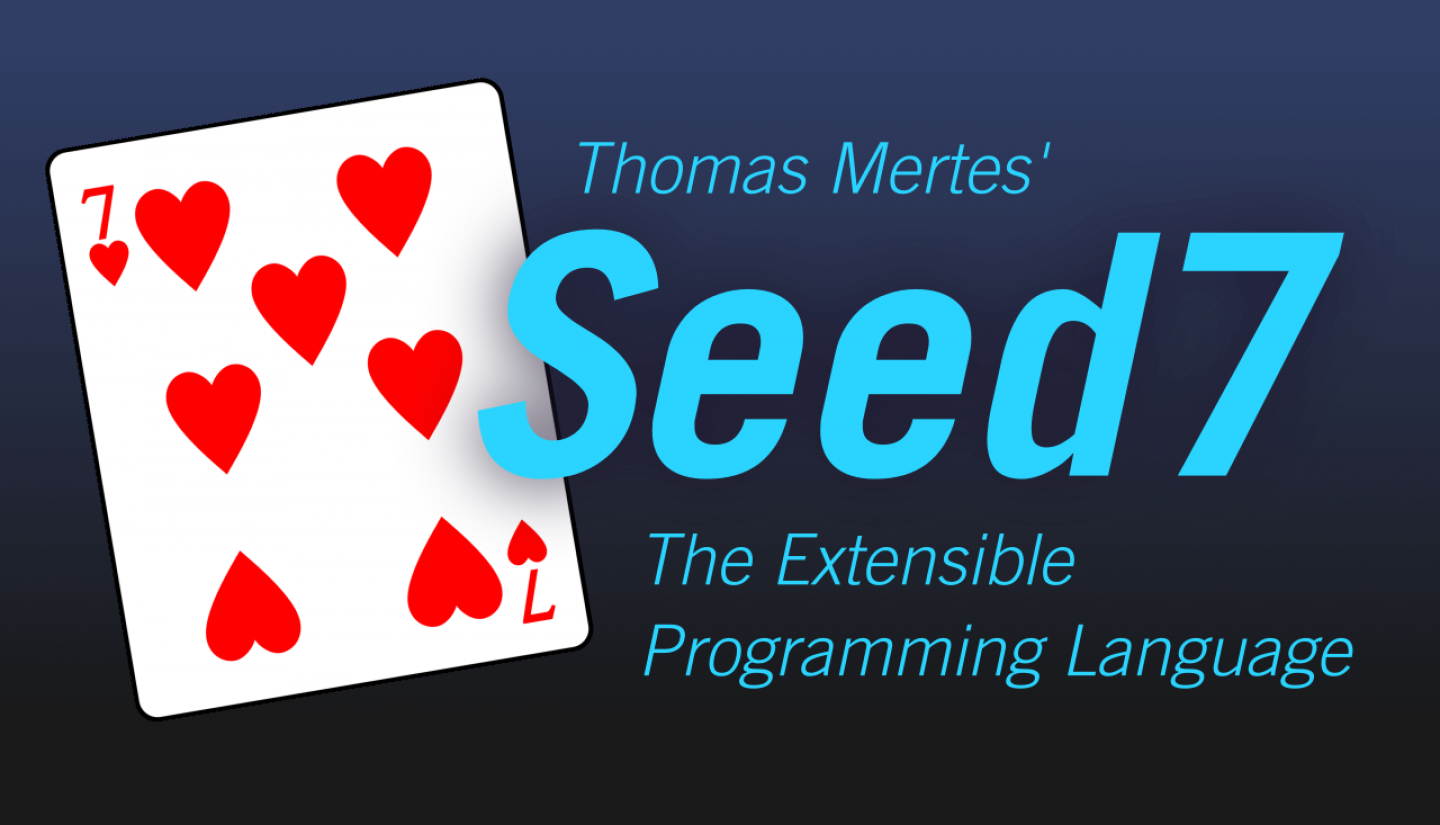 I recently learned about the Seed7 programming language while browsing Reddit, and wanted to try it. Along the way, I thought I’d document my experience of compiling and installing the software in case it can be helpful to others.

My reasons for wanting to try Seed7 were these:

Here are some things I didn’t see on the website, that I was curious about:

With that out of the way, let’s get into the installation.

Installing Seed7 in Ubuntu 20.04: Getting Ready

For this install I’m using Ubuntu 20.04. If you have never compiled software before, please install packages needed to do so. The typical install command for this in Ubuntu is:

Here is an alternative, an example of a “fancy” install command that installs really common packages needed for compiling just about anything:

This command does install some extra packages for software versioning systems like subversion, cvs, and mercurial, which you may not need at all.

The download links took me to the Seed7 Sourceforge Files Section in which I clicked:

This downloaded a .tar.gz file to my system. I moved it to my “Dropbox > Apps > programming” folder so I could keep it organized and automatically share it to my other Ubuntu systems via Dropbox.

The Seed7 install package includes several read_me.txt files in different folders. It’s a good idea to review at least the main one in the top-level folder.

I opened a terminal, which on my system is Windows + T. I hold down the “Windows” key on the keyboard and then tap the ‘t’ key.

I typed cd ~/Dropbox/Apps/programming/seed7/src/ and was ready to start the compiling process.

This is my least-favorite part. It always seems like compiling instructions differ from project to project. And I feel like I often do something wrong here, or make a guess that’s incorrect!

First, I try to stick to the documentation in the read_me.txt file. Here are the commands I use:

OK, these went fine. Next, the docs say to run “make s7c”. But a LOT of times, documentation will say this, but later on the project maintainer will tell me, “ah, in your case you should have used sudo” for some reason. Anyway I can’t remember, but there is always this variance in systems, with compiling. It’s really annoying!

So, I decide to run:

Even though the documentation simply says to run “make s7c”, so let’s see how it goes…OK, this works fine after some waiting.

Next, the documentation says to run sudo make test which admittedly feels like a waste of time.

I don’t know if it is a waste of time, but it took a lot of time on my new laptop, enough time that I decided to start this blog post. :-) Let’s say something like 5-10 minutes. I’ve never run this for any compilation process before, ever.

Finally, the test completes. It announces:

Damn! That was the sudo part I guess. I didn’t see that coming. Hopefully my previous use of sudo with “make s7c” above didn’t harm anything. But it seems to work OK anyway.

This moves all the files around to where they should be on the system, mostly /usr/local/bin.

Now I test-run the “hello” program. Note that when using Seed7, you can leave off the “.sd7” at the end of the program name, and just type “s7 hello” instead of “s7 hello.sd7”:

OK, let’s get a bit fancy and try another program here…

Right on, this works too! Although, the graphics window text is very tiny, using my laptop’s screen resolution of 1920 × 1080. I can barely read the text at all, so I use alt+scrollwheel to use my system’s screen zoom feature. The features seem to work OK! I’m ready to work with graphics.

Here is a non-zoomed screenshot: 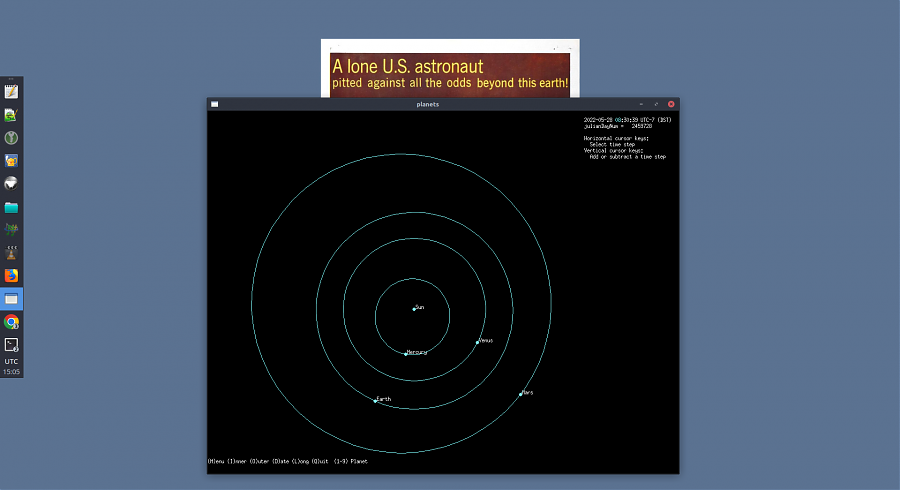 (It so happened that my “Robinson Crusoe on Mars” wallpaper was randomly assigned to this desktop, which was fun)

Overall, everything went OK. As you saw, I am not a fan of the compile-to-install method of installing software for various reasons, but the instructions provided seemed to work fine, and the Seed7 tools are functional.

I’d like to thank the author of Seed7, Thomas Mertes, for creating such an interesting project to explore and learn. I am looking forward to getting to know the language better.

And I hope you enjoy using Seed7 on your own systems! 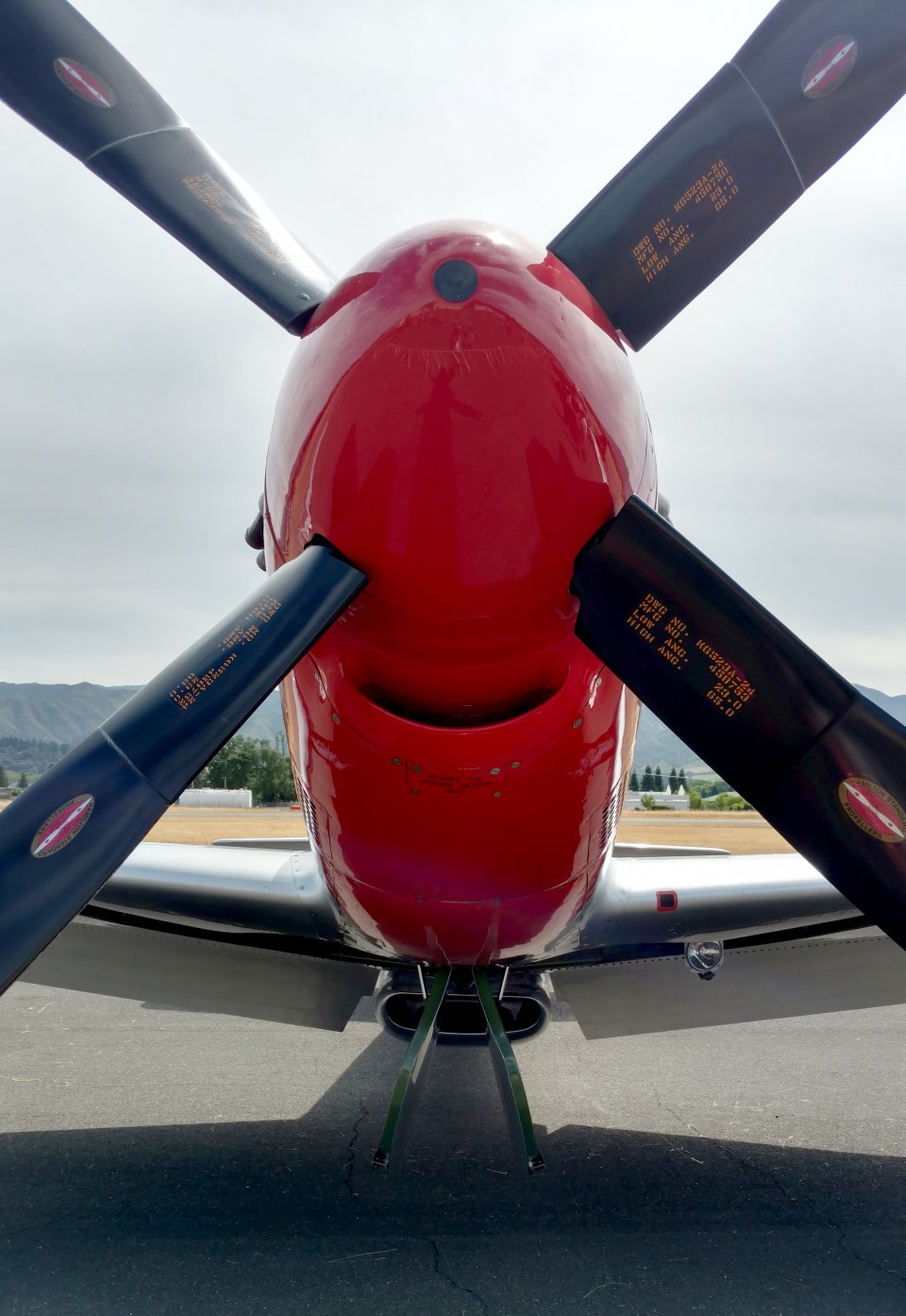