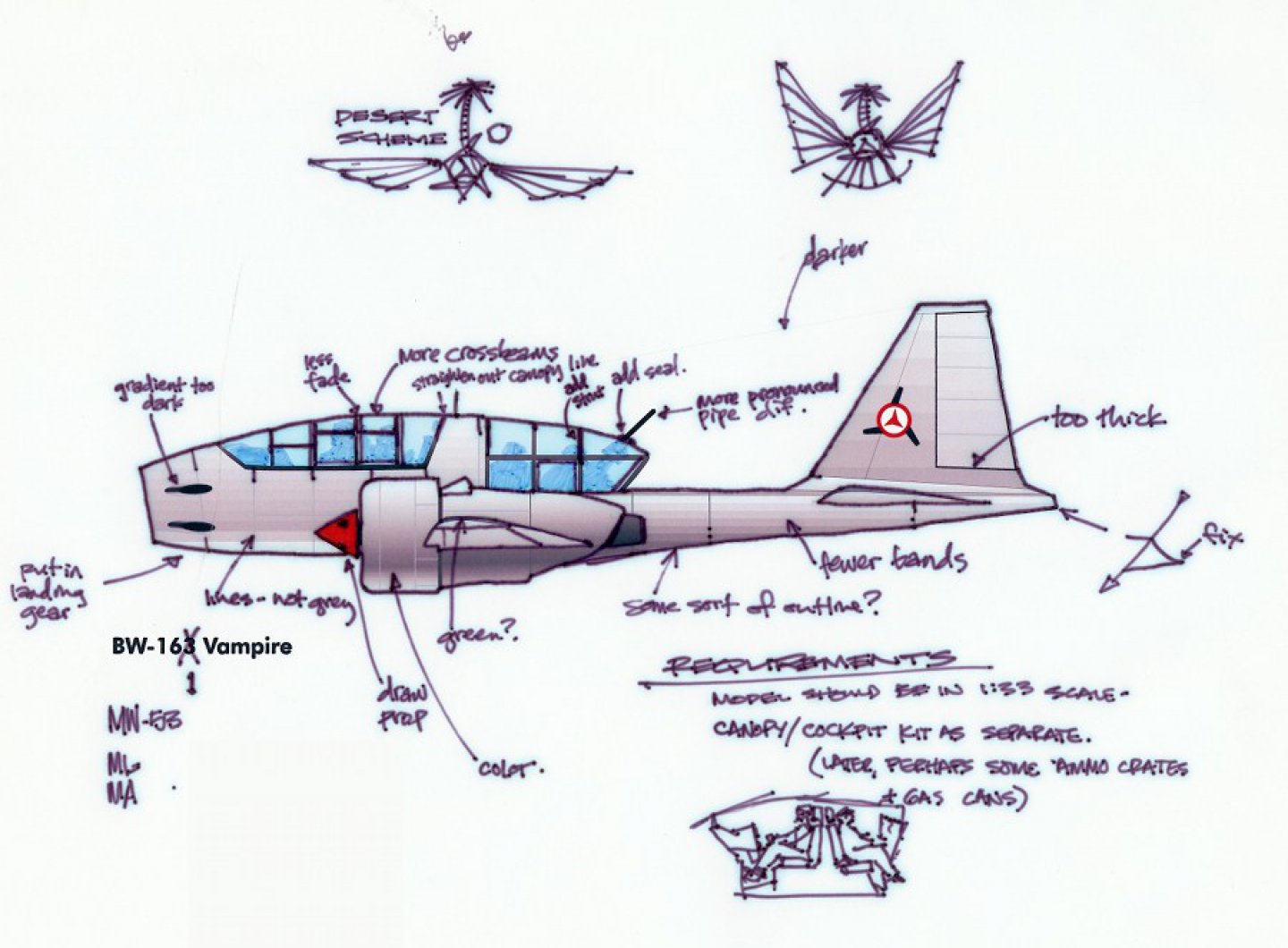 I recently found these sketches in an old sketchbook. This is a model I designed and was considering building from scratch. The BW-16 was a (non-existent, imaginary) ground attack aircraft with 4×20mm cannon in the nose and a single rear-facing 14.7mm machine gun.

I decided it looked like a vampire, so I named it Wampir, which I suppose is some imaginary eastern European equivalent. I did begin building the model out of card paper, and the drawings helped.

In the sketch above, you can see that I began the development of a desert corps logo for a repaint of the aircraft in desert camouflage. I roughed out a vector version in Corel Draw (for easy modification and initial design development), printed it out, and drew on top of it.

The final model was to be in 1:33 scale, which is common for papercraft models.

Here are some more drawings that preceded the one above, with ideas for model development: 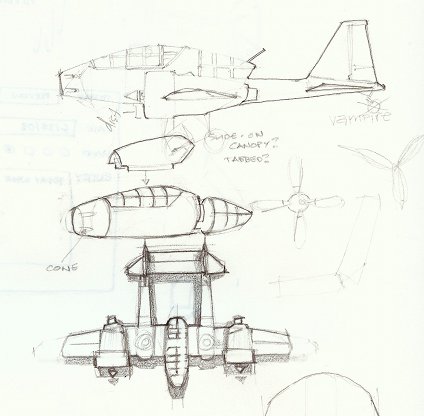 By Marc Carson, Monday January 16, 2012.
Filed under: Sketchwork, Prior Art