This is a program. 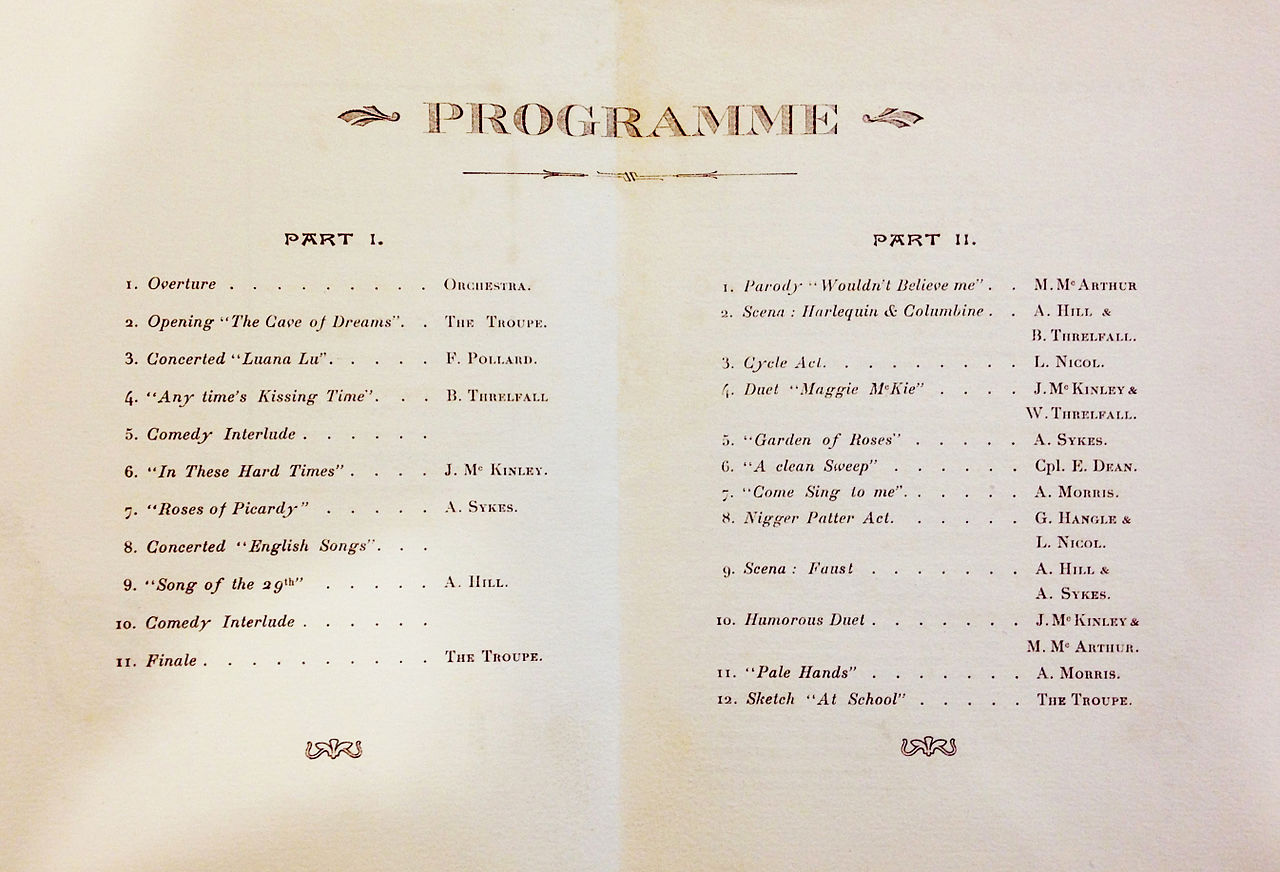 Whenever I become interested in programming as in “writing a computer program,” I discover that this other kind of program, above, is more like what my metaphorical message-system, my interest-creator, is wanting from me.

A “program”. It doesn’t want me to become a computer programmer…it doesn’t seem to care so much about that. (It also seems to have no concept of a “career” to speak of)

No, it wants something fundamental, simple, and nutritious, even if temporary. It wants a program. A program, as in, “what’s going to happen in the next little while.” A list of events I can get with. To align myself to something that will run. Will go. Get with the program. Run the program. Execute.

So, for how long did I mistake metaphorical urgings arising from “I don’t have a direction, like a simple plan for my day,” for “wow it’d be fun to write some actual computer code”?

Years and years, it seems. Sigh.

And you see, Saturday mornings need programs more than other mornings. Does it make sense? That’s how it works. Because Saturdays are those days where we risk not having a program, us program-types. The idea is to just chill on a Saturday. (Which incidentally, this unprogrammed Saturday is a good way to cause ruinous outcomes for an INTJ.)

Saturdays, always so unstructured, but not for lack of trying by the vague (and accordingly kind of unhelpful) messaging-system. I wake up on a Saturday feeling like I could learn ten new programming languages!! Wow. But now that I’ve learned about this, I stop myself—OK, this just means I REALLY need to develop a program that’s more like a list of things I’ll do today, and a schedule, the “when”. (And not even the boring kind, but also fun stuff. Just to have a direction.)

Maybe in the future I’ll stop the computer coding. I doubt it. For now, when I get the urge to write some code, I might write actual computer code, yes. But I also make sure to write a program, for me. A simple schedule, list, a plan for the day, whatever. Something that allows me to execute.

You might think, “oh that sucks. I’d hate to lose an interest like computer programming.” But really, what’s happening is something different from a feeling of loss. It’s more like a feeling of “oh, I became that thing in which I was interested.” It’s that feeling that one has integrated something, becoming something more than one was in the recent past. That’s the best way I can describe it. Almost the opposite of loss.

There’s this idea, or theory, that you and I are “invited” by some universal configuration system to generally stick to a specific type of railroad track. We have gifts and those gifts are continually looking for the fit of a specific kind of track. When we depart from the track, it’s rough going. And we’re drawn back to the track by that fit. Out of this, the universe derives some kind of benefit, maybe. For example, maybe there are fewer creative beings who are just wrecked.

Personality type theory has a lot of overlap with this idea of the template-track. However, the subjective / qualitative question of “WHICH F&*()& TRACK, JUST TELL ME AND I’LL GO THERE, SOUNDS GREAT” is not quite yet one we can easily answer. (Amusingly, people who talk like that also don’t like being told what to do. But that’s not the only reason. The “track” is also more like a broad set of millions of conditions which overlap with other conditions, which either make things hazy and annoying to figure out, or worse. Still, some success here, in little moves, even—is far better than none at all.)

Looking outside of programming, to other, similar urgings and messages of the metaphorical variety, this “aha, I’ll just do the thing metaphorically” approach is harder. With some aspects of the radio hobby messaging-sytem, for example, I’m still finding my legs. (That one has a lot to do with big-picture messaging and it’s tricky. There’s a question of scale; how big-picture? Both in scope of perception, and in temporality—A day? A month? A lifetime? Then there’s the question of how best to tune in.)

Looking even broader, at my now more specific list of interests, I’m even more frequently confronted by this question. Do I do the thing, or do the thing behind the thing? It’s frustrating to do a thing and realize, “I don’t even know how I would start doing the thing behind the thing right now,” because it’s a weak area, and it’s more comfortable to just avoid the question, or something like that. Well, over time I try to make some progress at it when I can. Being a bit more forgiving of myself helps. Plus in practice, things aren’t really so bad. This new depth discovered is much more of an improvement, overall, than it is some tragic, dawning awareness of millions of unmet needs. (It’s finding the concept of a nervous system—maybe you poke at it and that hurts, and you realize you have a system of pain. But a nervous system is also a great thing to have.)

But with programming—for me—it’s been relatively easy to switch between those conceptualizations. Computer programming itself is still generally interesting, afterward, which is kind of a relief. I think that’s also due to other factors, nostalgia being one.

(I also think the metaphor goes much deeper. For example, there are reasons why I’m not feeling the urge to draw up theatre programs…)

(Parenthetical #2: Now, in this light, isn’t it funny—the number of “my-first-apps” that are to-do lists?)

Why Closing Tabs is So Hard →
Cognitive Function Extensions: D,O, Plus, Minus. Take 1. →
That Ain't Hobby Money →
Hmmm! Destin from Smarter Every Day? →
Perfectionism and INTJs: More Thoughts & Strategies →

Own your procrastination with Whole Productivity, a new system → Get my free INTJ COVID-19 Guide → Explore your gifts with my INTJ Workbook → Other Publications → ...and the fake word of the hour: "Niam." Pretty sure it has to do with undercooked food.